The 6 Money Myths That Sabotage Your Financial Happiness... 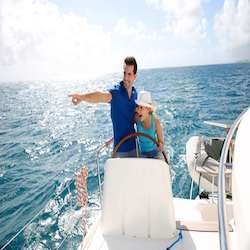 Most people would say that they’d like to be wealthy, but the average person would rate their chances as pretty low. Why is this? If being wealthy is such a big dream for so many people, why do so few of us actually achieve it?

Well first of all, we’re conditioned to think that wealth is a prize that only a select few people can win. Work harder than everybody else and you’ll get rich. If you’re not rich yet, you’re obviously not working hard enough!

The truth is that this is just one of many harmful myths about money and wealth. Some grow out of fear or ignorance. Others are designed to keep you working for other people’s wealth instead of your own.

But what they all have in common is this: they put you in a mindset that literally repels money. That’s right! No matter how hard you work, you will never be wealthy if you don’t reject these myths and shift your mindset.

How do you do this?

The first step is to understand why they hold so much power over us, so let’s take a look at some of the more common myths and discover what’s behind them… 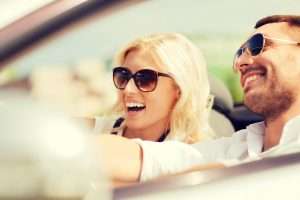 This is perhaps the worst money myth around, and it’s one of the most stubborn. It’s good advice on the surface; money isn’t a magic wand that will make everything better. But it ignores the fact that money can make life a lot easier, a lot more comfortable, and yes — a lot happier!

Are you a single parent struggling to make ends meet? Then your idea of happiness is probably not having to worry where this month’s rent is coming from. It’s probably being able to feed your children without having to work two jobs. In that case, money can most definitely buy you happiness!

So why is this myth so persistent?

Well, it’s a classic example of devaluation. We fear that wealth is out of our reach so we make it seem less attractive in our minds. It’s supposed to lessen the sting of not achieving our prize, but it just makes us feel guilty for wanting it in the first place.

Having money can improve your quality of life dramatically, and it would be crazy to pretend otherwise! Tell yourself that it’s ok to want the security and freedom — and even the enjoyment — that money brings.

You deserve it, and there’s nothing wrong with striving for it.

2. The best things in life are free.

This is a slight variation on #1. Again, it is sound advice on the surface. It’s good to be grateful for non-material things. But a lot of people take this to mean that wanting wealth is somehow ungrateful. After all, look at everything you already have!

Is that not good enough?!

As a dad, I know you can’t put a price tag on spending time with your kids. It’s one of the biggest joys in my life, and it’s 100% free. You know what’s not free, though? Feeding them, clothing them and keeping a roof over their heads! That requires work and work takes time — time spent away from my family.

For me, building wealth means freeing up more time for my family. For you, it might mean the freedom to pursue something you love, or travel the world, or donate money to a cause close to your heart.

The important thing to remember is that you can still show gratitude for everything you have, while you build the wealth to pursue the things you don’t. 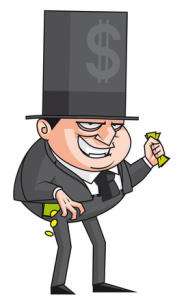 Here’s another example of devaluing the prize. When you fear that wealth is out of your reach, you comfort yourself with the knowledge that you don’t want to be like those rich people anyway. They’re evil, they’re greedy, and they’re always stepping on the little people. You might be broke, but at least you’ll never be that person!

Let’s think about this logically.

If you were in need, plenty of poor people would give you their last dollar. Unfortunately, there are others who would happily steal yours. Even without wealth, some people are simply less moral than others. The same is true of rich people. There’s no denying that some wealthy people abuse their power and privilege.

But just look at all the people using their money to change the world for the better.

Angelina Jolie donates millions of dollars and campaigns tirelessly for women and children’s rights as a UN Special Envoy.

Emma Watson has put a lucrative acting career on hold to do the same.

George Lucas sold his company for $4bn and donated most of it to charity.

I could give you thousands more examples, but the point is that the money doesn’t make the person! If you’re a person with no morals, you won’t suddenly grow some when you get rich! And if you’re a good person now — and I know that you are! — you’ll still be a good person when you’re wealthy. 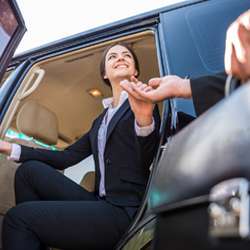 Ok, so you’re not going to embrace evil and go off the rails at the first hint of wealth! But surely your life will change?

Now we want change — after all, what’s the point of having money if it doesn’t change your life in some way? But it’s human nature to be a little afraid of it, too.

Think back to how people talked about wealth when you were growing up.

“Money has really changed her.”

“They think they’re so much better than us.”

“All he cares about is money now.”

“Don’t forget the little people when you make it big!”

I heard these things and I’m sure you did too. We keep these ideas in the back of our minds as we grow up, and they affect our relationship with money.

We’ve heard so much negativity towards wealth that we subconsciously fear it. It’s almost seen as shameful. We don’t want our loved ones to see us that way, and we’re scared of how it might affect our relationships.

What makes this fear stronger is that we often feel, deep down, that we don’t deserve the perks of wealth. Who are we to be jetting off on yet another tropical vacation while our friends and family slog away at the 9-5? How can we celebrate being mortgage-free after our neighbors had to re- mortgage their home? This mindset will keep you stuck firmly in financial hardship.

I’m not saying that you shouldn’t be mindful of where your loved ones are in life. But there’s no glory in suppressing your own potential simply out of guilt for others, and they shouldn’t want you to do that either. Those who truly care for you will acknowledge that you deserve your success, and they’ll celebrate it with you.

5. A penny saved is a penny earned.

Many people believe that the most sensible thing to do with your money is to save it for a rainy day. Of course, having a savings account or an emergency fund isn’t a bad idea. It only becomes a problem when you hoard your money because you’re scared to spend it.

This comes from the fear that money is scarce and hard to replace. Maybe you grew up in a poor household, or you’ve been through a bad time financially and you didn’t know where your next check was coming from. Your caution is understandable, but it will hurt you in the long run.

To create wealth, you have to let go of your instinct to hold on tight. Shift to an abundance mindset instead, and trust that you can always make more money. I’m not suggesting you go blow it all at the casino, of course! But if you want to sow the seeds of wealth, it’s time to start investing in assets, skills, or opportunities that will move you closer to your goal.

When we look at the super wealthy, we often see an almost superhuman set of skills. Bill Gates and Mark Zuckerberg are tech geniuses. J.K. Rowling is a gifted writer. Richard Branson is a business guru. I just don’t have that kind of talent! 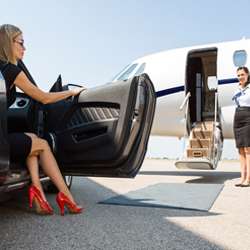 And who says you have to be the best or the richest, anyway? You don’t have to be Bill Gates to live a life of abundance or financial freedom. Setting your expectations so high gives you an excuse to duck out before you have a chance to fail. Don’t fall into this trap. Failure is an acceptable and necessary part of success, so shift your perspective to focus on how to deal with it, not how to avoid it.

How to develop a magnetic money mindset... 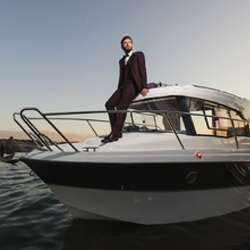 So there you have it — the major money myths that have been holding you back. They key to financial freedom is to reject these myths and shift your mindset towards creating — not repelling — wealth. But what is a wealth mindset, and how do you develop one?

A wealth mindset is one where you don’t fear money. Instead, you believe you deserve wealth and you trust that you can create it. When you develop this mindset, you see opportunities for creating wealth everywhere, and you’re not afraid to take them.

The fears and beliefs that keep you from developing this mindset are usually subconscious. They’re deeply ingrained and you often don’t even know they’re there. That’s why it’s so difficult to change them with conscious effort.

So what’s the answer?

For me, it was hypnosis and visualization. These powerful tools help you to open up your subconscious mind and root out those limiting beliefs and fears. Without them holding you back, you can manifest the wealth you deserve, and you can live the life of abundance and freedom you’ve always dreamed about.

These sessions have proven so effective for my clients that I’ve created an entire series, dedicated to helping you create a magnetic money mindset.

Try them for yourself!

All of my money and success mindset sessions are available in my Limitless membership library, along with over 100 other sessions. You can access every single session for seven days with a special $1 membership trial.

What are you waiting for?

Make that investment now and watch your wealth grow!